One on One Matchmaking & Eight at Eight Dinner Club Clients 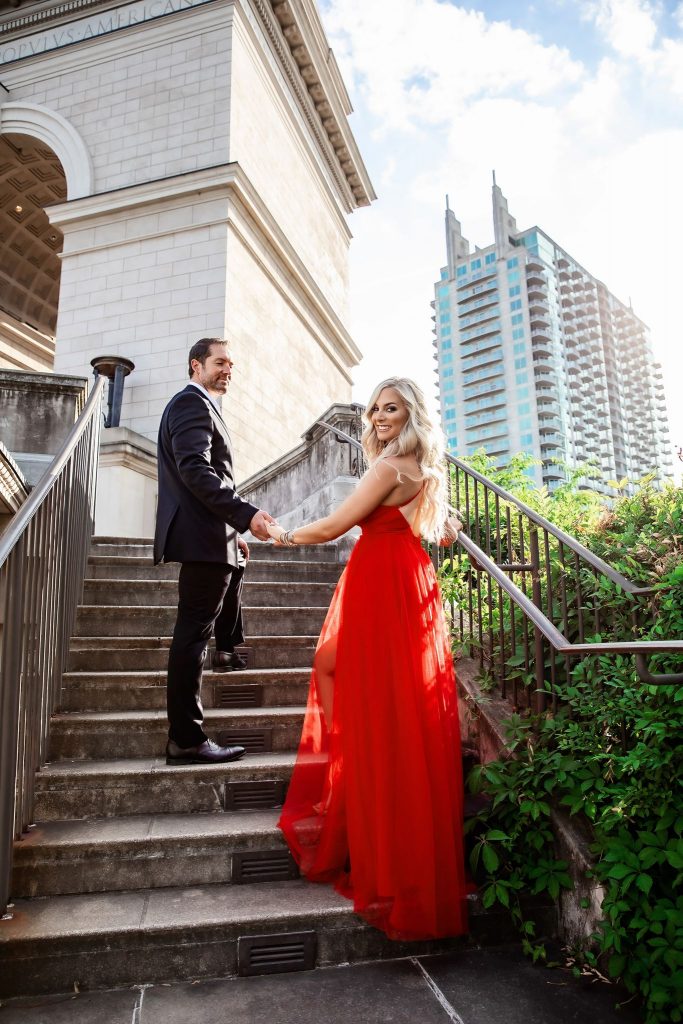 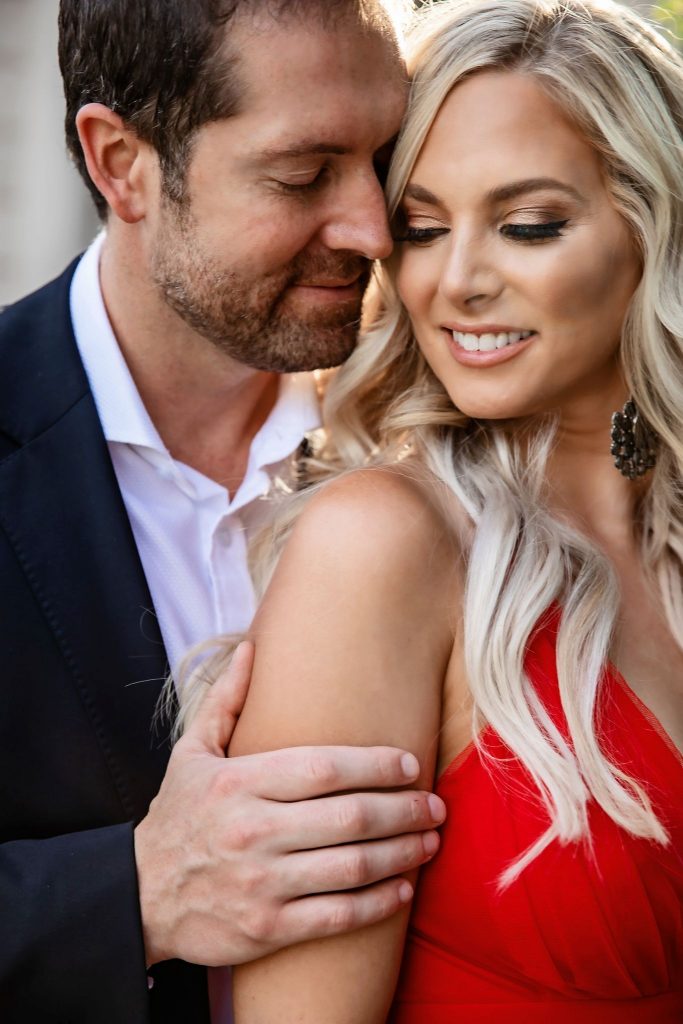 The Love Story of Emily and Robert

“In mid-July of 2020 during the pandemic, my father asked me if I was open to hiring a matchmaking service to find someone. I was pretty much up for anything, but I didn’t think a matchmaking service was going to be the way I would find my soulmate.” Anyone who knows Emily knows that she isn’t much of a city girl. She wasn’t sure if Altanta was the place she was going to find love. Robert too had been trying common methods to find the right person and though reluctant as well, he gave the matchmaking thing a try.” The Matchmakers were hired! The ladies in the office worked on setting up Emily and Robert, one of their first matches with the service. They were scheduled to meet at Ecco in Buckhead.

That’s when Emily’s life started to fall apart and come together at the same time. Emily unfortunately heard the news her mother was sick and needed to go to the hospital. She had to cancel her 1on1 date with Robert. They texted back and fourth, had a phone call, and connected pretty well under the circumstances.

Now this is Covid times, so since Emily’s mother was in the hospital, Emily had to stay COVID free. She was worried about meeting someone new and being exposed. That’s when Robert offered to test before he saw her. He ended up testing negative and they were off to the races! They scheduled a date and their connection blossomed faster than ever.

Flash forward to September 2021, and the couple is married. They honored Emily’s mother at the ceremony and know she is with them on this new journey in their lives.

The staff at One on One Matchmaking is so happy for the couple! 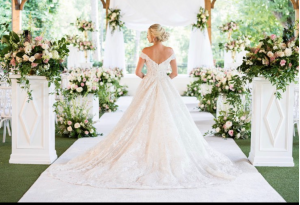 The Love Story of Jim and Helen

When the Guy Next Door meets the Girl Next Door… 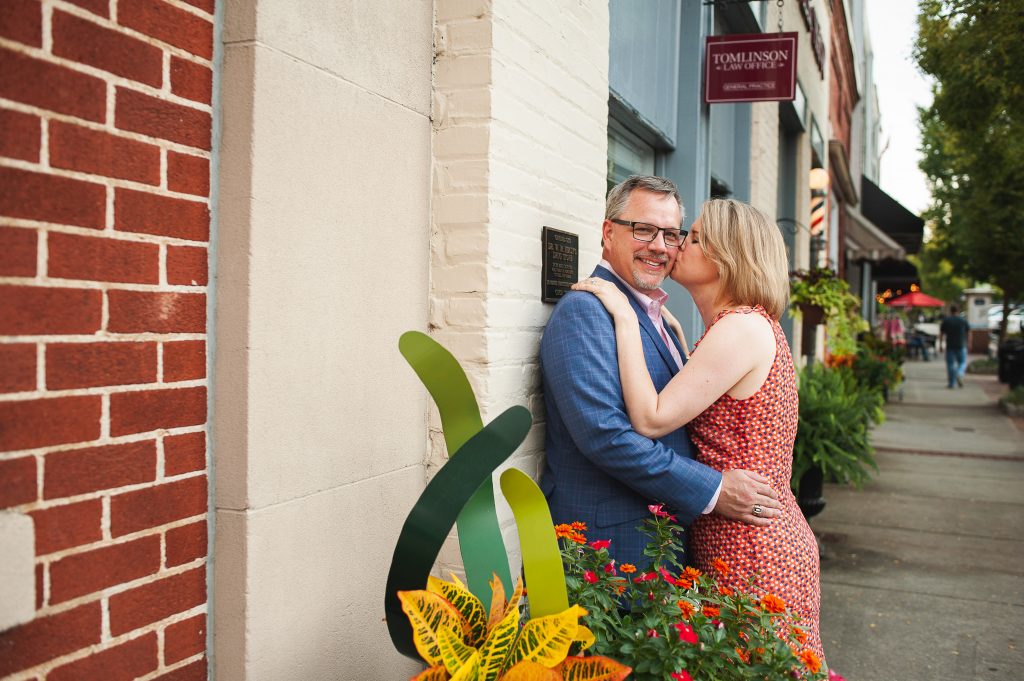 Jim is your classic All-American man’s man from the Midwest. He has a good career, an outgoing personality, and fun hobbies. When he came into the office to meet Jennifer, the Matchmaker, she knew how solid of a guy he was. He oozed stability- which let’s face it, most women are looking for! Jim had joined One on One Matchmaking and went on 4 dates. When Jennifer noticed things weren’t totally meshing well with his matches, she decided to switch things up and put him at an Eight at Eight table in 2012. That’s where the magic happened and he met his perfect type- the girl next door.

Why did you decide to join a dating service?

I had tried online dating sites and felt the online world of dating was pretty challenging.  After years of this, I decided to try something new and call in the pros.

During the online dating process, I felt the only way to get a women to respond to my profile, I had to present myself in the absolute best possible light and potentially as something more than I really was.  Then after meeting and dating people I was matched with, I felt they were not true to what they portrayed in their profiles either. It was kind of a big shallow sham!

Working with Jennifer at One on One was great!  I interviewed two other matchmaking companies before I decided to work with Jennifer.

With the other companies, I just felt like “fresh meat” for them to feed to their female prospects. I think their only questions were 1) Are you employed? 2) Do you own a car and 3) You don’t still live with your parents, do you?

Jennifer asked me to come to the office for a sit-down conversation. She said “Jim, after we talk, If I don’t think I could set you up with at least 5 good quality matches, I won’t take your money.”  That meant a lot to me.  Jennifer and I met for over two hours!  She asked me quite a few probing questions, but in hindsight, they were all important for her to understand who I was and what would be a good match for me.  After that conversation, I was sold! I signed up that day.

I’m going to admit, working with One on One Matchmaking was not a cheap investment, but after meeting my wife, I realize I would have paid a million dollars to meet her – It was well worth it!

What did you enjoy most about the process?

After going on a date, Jennifer and I talked afterwards about how it went. I felt like I got personalized service.

What was your first impression of your partner?

My wife and I actually met at an 8 at 8 dinner. She was sitting across the table from me and we didn’t get to talk much over dinner that night without shouting across the table. She had the most beautiful blue eyes I had ever seen!  She was a great conversationalist and I knew I wanted to get to know her better.

How did you propose?

It was Christmas Eve.  We were getting ready to go to two different church services and I asked if we could open at least one present before we left for the evening.  She let me open a small box (I don’t even remember what it was…) and I gave her a stocking that was hung by the fireplace.  In the toe of the stocking was a small box with her mother’s engagement ring in it.  I asked her to marry me that night and explained that I wanted to be engaged before going to church so we could tell everyone.  She said yes!