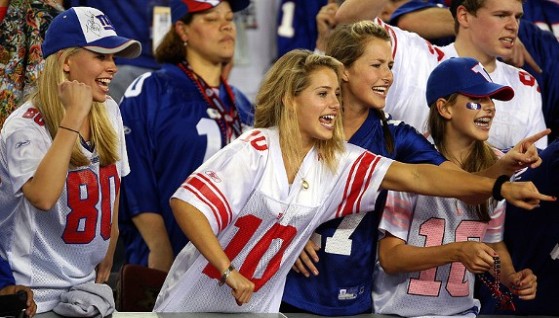 Football season is just right around the corner. Whether you’re a big football fan or not, chances are, you still watch games with friends just to have a good time. Why not take advantage of this fall by hitting up some football hotspots?

Go to a tailgate

Tailgating is pretty much the best part of football season! If you’ve never been, you don’t know what you’re missing out on. Great food, cold beer and tons of attractive women dressed up in their team’s colors. If you’re in the South you’ll see girls decked out in sundresses. Is there a better combination than football and sundresses? The answer is no. You’re bound to meet some fun women at a tailgate and the whole atmosphere makes it really easy to strike up a conversation with someone you think you might be interested in. Don’t be afraid to walk around and talk to other fans. Usually, they are very welcoming to other fans of their team and sometimes even the visiting team, so you should definitely go mingle at the other tents and setups. Tailgating makes for one of the best places to meet people because there is so much excitement going on around you. Do yourself a favor and check it out!

Watch the game at a sports bar

Throw on your team’s colors and go grab some drinks at a local bar where you can watch the game with your friends. Sports bars are always filled with guys on game days, but there are usually a couple groups of girls who are there to watch the game also. Since there are so many games each weekend, you’ll have plenty of opportunities to meet tons of people. If you see a girl you want to talk to, but are looking for an ice breaker, use the fact that you’re both cheering for the same team or maybe even rival teams to start off a conversation. Invite her and her friends to come watch the rest of the game at your table. Another idea is to send her a celebratory drink after her team wins. Either way, it lets you both know that you have something in common right off the bat. Also, the fact that she is already hanging out at a sports bar, means she is probably cool with hanging as “one of the guys” sometimes, instead of complaining about how often you watch ESPN.

Local flag football games are another great way to get out and meet local single women. Look up a flag football league in your area. You’ll probably find men’s, women’s and co-ed teams. Don’t be embarrassed to get out there and get in the game! You’ll get to exercise and have a great time. A co-ed team gives you an easy way to get to know the girls on your team or other teams. If you’re not really into playing, there’s no rule against watching. Most of the time, everyone will go out for drinks after their games, so even if you aren’t playing, you can still go hangout with everyone.

Football season is a great time to meet women who share the same interests as you. Take advantage of this football season and check out one of these activities. Besides, if she’s hot, can sit and talk football and throw back a couple beers while doing it, she’s every man’s dream, right?

One on One Matchmaking, located in Atlanta,is an ultra-exclusive, boutique dating service for singles interested in the highest level of personal attention. Imagine having a dedicated staff solely focused on your romantic life, acting as your own personal scout and matchmaker!